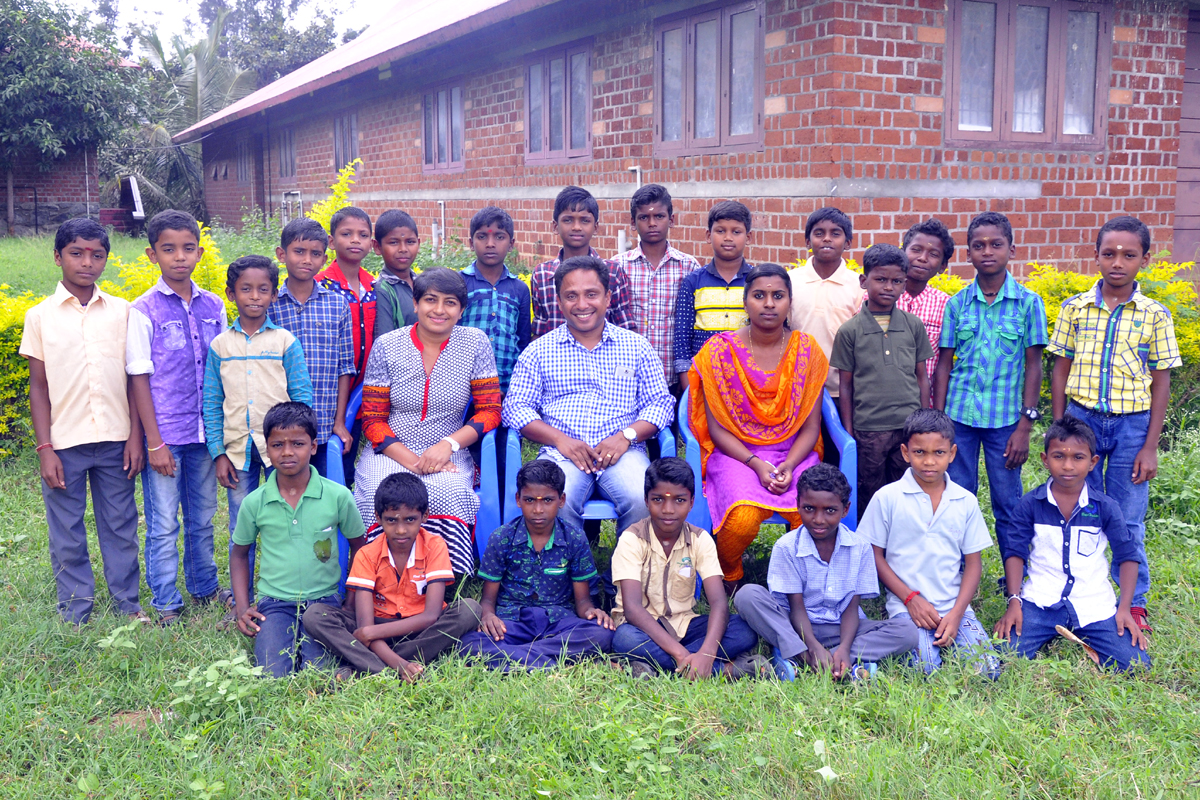 The alumni of 1991 from Sainik School, Kazhakootam, Thirvananthapuram (Ministry of Defence) – under the aegis of the Old Boys Association (OBASSKZM) – sponsored entrance exam training for Vth Std tribal children from Attapadi Tribal Area to appear for the All India Sainik School Entrance Exam and other exams to prestigious educational institutions.

The social responsibility initiative named “PROJECT SHINE”envisages a simple, yet powerful initiative that brings social progress through education in an innovative manner. The initiative is dedicated to the memory of their batch mate, Shine P Baby, a Lecturer at Rajagiri College, Kalamassery who passed away in 2006.

Project Shine was implemented by Project Convener, Babu Mathew, from 04 July 2015. 24 students were coached for the entrance exam using the Socio- Emotional Learning (SEL) approach.The batch, with official sanction and major support from Shri P.B. Nooh IAS, Sub-Collector, Ottapalam, worked in close tandem with the BPO at Agali Block Resource Centre, Sarva Siksha Abhiyaan to implement the project.The training classes were held on all Saturdays for 6 hours, from the first Saturday of July 2015 till the last Saturday of December 2015. Teachers and training inputs along with meals on all Saturdays was provided at the centralized training center in Attappady Hill Area Development Society (AHADS) building in Agali.

A total of 180 hours training – 80 for mathematical knowledge, 80 for language ability and 20 for reasoning and logical abilities was provided. All expenses including transportation for writing the entrance exam was met by the batch. Using the Socio-Emotional Learning (SEL) approach has helped the parents of the children to have an emotional investment in the project, and this has translated into encouragement and support for the children. The involvement of the batch members and their families has created a sense of belonging amongst the children and meeting alumni from various professions on the training days has been a motivating factor for the children.

The students also appeared for the NavodayaVidyalaya entrance exams to Class VI for the Academic Year 2016-17. The training provided in Attapadi took this into consideration so that those who do not fulfill the entry parameters for Sainik School will have an alternative option of quality public school education.

One residential training camp for three days was held during Puja holidays and another one for six days is planned during Christmas vacation as a final preparatory session. During the camp, free medical check up sessions for the children were conducted to ascertain their fitness as per Sainik School entry stipulations. The Project Convener also held counseling sessions with the parents of the children during the camp.

15 students out of the 24 who appeared for the All India Sainik School Entrance Exam on 03 January 2016 qualified for the final round of interview/medical exam, as per results declared on 6 February 2016. This is an unprecedented performance by children from Attapadi Tribal Area, in Palghat, Kerala, with just 6 months of innovative coaching sessions using SEL.

The final results were declared after intensive medical tests and a personal interview on 14 March 2016. 6 students out of the 15 who appeared for the second round of tests were selected to join Sainik School, Kazhakootam in the academic year 2015-16.

Shri. Babu Mathew, Project Shine convener: “It is incredible how our SEL Approach has turned things around for the children in the last six months. We have been able to establish a strong emotional bond with the children, thus significantly influencing their learning curve. The involvement of the batch members, along with their spouses, has inculcated a level of positive eagerness and enthusiasm towards learning. The values instilled in the children are for the long term: taking personal responsibility, cultivating a sharing mentality, and imbibing the intrinsic urge to excel in the activities they participate in.”

Shri P.B. Nooh IAS, Sub-Collector, Ottapalam: “I am very happy about the new project being executed by the Sainik School Alumni batch of 1991. I have seen the project implementation equipping the tribal students for the entrance exam and I have experienced in person the progress achieved by these children over the few months. It is also in my interest that these kinds of successful models should be scaled up and I am happy this team of Sainik School alumni is behind this project. And I am sure it could bring in massive change in the life of, at least, a few children who participated in this training.”

Dr Sunil Rajendran, leading Vascular Surgeon, Kozhikode (Batch of 1991): “Project Shine has been about future empowerment at the grassroots level. The emphasis is not just on the preparations for the Sainik School entrance exam, but also on all-round development of the children. The transformation is visible: the body language and the attitude have undergone a sea change and their parents are full invested in the project. The key is making them realise there are infinite possibilities beyond what they have been led to believe.”

“In a first, Attappady tribal children get admission to Sainik School”, THE HINDU, 16 March 2016:

“Sainik School May Get ‘Shining Stars’ From Attappadi“, THE NEW INDIAN EXPRESS, 28 November 2015: